History in the Making: 9 years since the last EF-5 tornado

9 Years Since the Last EF-5 Tornado

TULSA, Okla. — It has been 9 years since the last EF-5 tornado was recorded in the United States. The EF scale, which stands for the Enhanced Fujita Scale, replaced the original Fujita Scale that was introduced by Ted Fujita back in 1971. It was revised to better examine wind speeds aligned with storm damage. The requirements for an EF-5 are winds that are greater than 200 mph along with surveying and finding extensive damage.

Since the switch from the F5 scale to the EF-5 scale we have only seen 9 EF-5 tornadoes in the US, with 6 of those happening in 2011. The last EF-5 tornado that was recorded in the US occurred in 2013. On May 20th. 2013, Moore, OK was devastated by a powerful tornado. EF-5 tornadoes are very rare with only about 0.06% of all tornadoes receiving that classification of EF-5. Now in 2022, we are making history since we have not seen an EF-5 rated tornado in 9 year. The record time between these violent tornadoes previously was 8 years, from the Bridge Creek/Moore tornado on May 3, 1999 to the Greensburg, Kansas tornado on May 4, 2007.

Sign up for the FOX23 Severe Weather Team Newsletter to stay up-to-date on all the weather happening in Eastern Oklahoma and Southeastern Kansas. 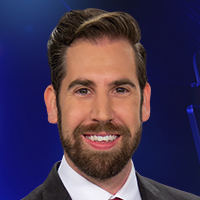